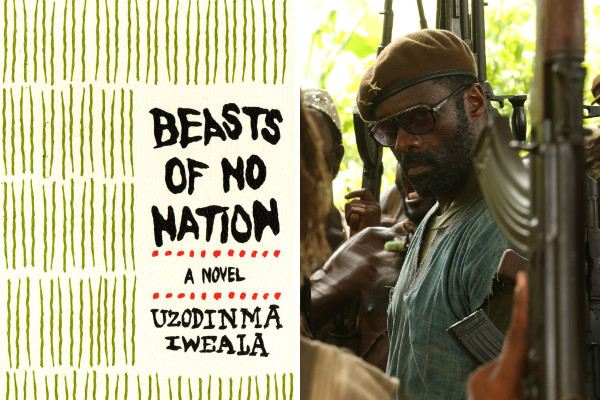 Yet another African novel makes a bold entrance into Hollywood.

Way back in 2013, Deadline announced that Cary Fukunaga, the director of the critically acclaimed HBO show, True Detective, was teaming up with Idris Elba to film Uzodinma Iweala’s war drama titled Beasts of No Nation

Word has just come through that the project is done and that Netflix, the US media-buying giant, has purchased the worldwide rights for 12 million dollars. The rights covers online streaming and theatrical release.

Those of you who know your Fela would recognise the phrase, “beast of no nation.” It’s the title of Fela’s 1989 album. Iweala, a Harvard-trained Nigerian novelist, clipped the title for his 2005 novel about a child soldier, named Agu, in an unnamed war torn West African country. Beast of No Nation, alongside Adichie’s Purple Hibiscus

, and Habila’s Waiting for An Angel

, spearheaded the big comeback of Nigerian fiction on the global literary scene.

This is such exciting news.

Apparently, Netflix is really hoping that the movie catches the attention of the Oscar committee, so they’re putting all their weight behind the it.

“According to insiders, the media distributor is planning a strong Oscar push for the feature,” reports Variety.

Netflix is yet to announce a release date. But since they’re hoping to get it out in time for the Oscar season, later this year is a good enough guess.

Either way, it’s one more African novel making its way to the big screen. Definitely worth celebrating.