I have always wanted to claim some kind of artistic savvy, the more so now that I write for public consumption. Alas, that is not the case. I live on a steady diet of DVDs and genre fiction, driven entirely by an insatiable appetite for entertainment that feels good. There is perfectly enjoyable high-brow stuff out there, but somewhere between having Salman Rushdie and Catcher in the Rye thrust upon me I learned discernment. I mostly read historical romance novels now, with a very light sprinkling of titles that are more admissible in public.

Up until three or so years ago, I cheerfully consumed Hollywood products. Something has happened to Hollywood, though, hasn’t it? These days only Robert Downey Jr., Star Trek and 007 will get me anywhere near a Cineplex. There is always a silver lining and in my case it has been the expansion of horizons. Now that I don’t care what Tinseltown does to itself, I am present enough to notice some of what is happening closer to home. Turns out that there are diamonds in my backyard after all.

I grew up in Brazzaville, Bujumbura, Mbabane and Dar es Salaam in the eighties and nineties on state broadcasters and the very occasional video that was deemed age-appropriate by the adult mafia. My parents especially made substantial contributions to the Disney empire. There wasn’t any opportunity to even imagine that the culture I consumed might reflect me in any way. The African female audience member? Laughable notion. The closest I ever came to relating to any character was the youngest Huxtable kid, and that was a stretch.

The thing is, no matter how open a person is to the range of human creativity, deep inside she craves the familiar. Everyone wants to see themselves on the page, on the screen. We want our stories told. 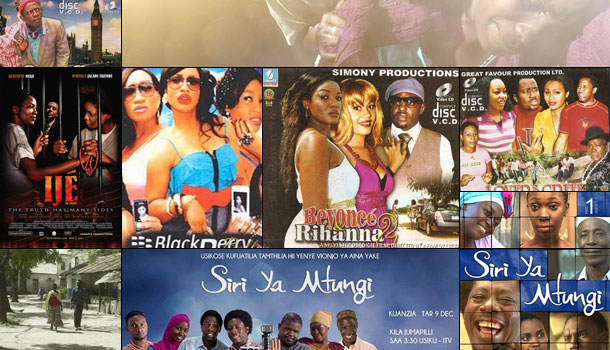 About ten years ago, a particularly involved conversation with an African American about depictions of black people in popular culture prompted me to dedicate my senior thesis to exploring depictions of Africans by Hollywood between 1930 and 2001. The only good thing I can say about this exercise is that I met a man from New York with an excellent collection of African cinema. The rest was tears and horror.

Things have changed – there was nowhere else for Hollywood to go but upwards. Nonetheless, the experience left me with a rather unfortunate prejudice: the idea that only Africans can make competent movies about Africans.

Well, I was wrong. There is no explanation for Nollywood products and their unfortunate imitations throughout Anglophone Africa. I tried to find something palatable in those eye-rolling, garish, tasteless and superstitious cretins that pass for “characters” and failed miserably. The depths of loathing that I reserve for Nollywood can only be matched by how I feel about stepping barefoot into a pile of thorn-laden, fermenting excrement.

Development cinema saved the day for me, since it is always too long between good pieces of African cinema. Listen, I am horribly surprised about this, and embarrassed. We’re all Africans here, we know the deal. The NGOs and the Breton Woods and the savior-complex poverty tourists equipped with cameras and an internet connection have been framing us, selling us and commercially spreading the gospel of their cause for years. Sweet ancestors: are these people for real?

But then one day there I found myself alone with YouTube and a link to some locally produced, externally funded efforts. Twenty four hours later I was sold on the television series Siri ya Mtungi. It had so much that my soul needed to see: gorgeous Tanzanian women who look like the plumptious, dark-skinned, beautiful, complex and intelligent people I know. Men as venal and stupid and morally bankrupt, as delightful and gentle and wise and generous, as I have ever encountered. Conflicts that I can understand. All to the tune of an excellently curated local soundtrack.

There is also lots of sex. We’re all Africans here so let’s tell it like it is. Our sex is always depicted as exotic, deviant, or fraught with danger and disease. Like I said: tears and horror.

Siri ya Mtungi  is not exactly innocent. It aims to change the sexual behaviors of Tanzanians in order to curb the spread of HIV/Aids infections. Refreshingly though, there is no fire or brimstone here. Just good old fashioned storytelling spiked with provocation. They’re trying to throw condoms at the viewer, in the hopes that she might catch one like an unplanned pregnancy.

I literally watched my favorite uncle die of the slim disease in the nineties, slowly and painfully. Don’t need any additional behavior-change messaging, thank you kindly. Condoms come as naturally to me as eating my vegetables. Consequently I am not watching the series to learn anything new – I have a natural immunity to messaging – but I am very interested in the depictions of our sexuality.

Sex is a great lens through which to examine life. When someone gets your sex right, they get you right, donor-funded or otherwise. I hooked onto this series simply because it  showed me … well, us. The smiles were familiar. The cadences were familiar. The  settings are enchanting, the women feisty, the men handsome kinds of bad news. Finally. I can tell Hollywood and Nollywood to kiss my bountiful African posterior, for I have found some satisfying measure of truth on the screen.

Elsie Eyakuze is a freelance consultant in print and online media from Tanzania, working mainly in the development sector. She blogs at mikochenireport.blogspot.com. Connect with her on Twitter.