The grainy mobile phone video shows a mob of Kenyan men surround a woman and grab, grasp and yank her clothes until she is naked. Several such videos have emerged recently of attacks by males who deem a woman to be provocatively dressed. The attacks have created a groundswell of anger that saw mostly women protesters flood downtown Nairobi on Monday.

The attacks are not overtly religious in nature, though this is a conservative, mostly Christian country. The women at the march described “normal” levels of sexual harassment over the years and said that peers will warn other women that “you’re gonna get undressed” for wearing a particular outfit.

“Kenyan men are in different groups. My father wanted me to be here and said you can dress however you want. Then there are others who think you are out of their reach and they try to victimise you,” said Machua (26), who runs an aid group called Transforming Generations.

Women play an active role in Kenyan society. The country’s foreign minister is a woman, though few women hold high-ranking elected office. Parliament is a virtual men’s club, unlike in neighboring Rwanda, where more than half of parliament is female.

After the recent attacks, elderly Kenyan women are said to have rescued the naked victims by giving them a shawl to cover up.

James Wamathai, said he was marching because he believes in equal rights. “I think it’s really horrible and no women should have to go through that,” said Wamathai (33), who does commercial media work. “It’s a weird sexual fetish. If you see some of the videos some of the men are groping the women. … But it’s not based on anything (like religion) because in Africa we didn’t used to wear clothes.”

Just 100 metres from the march’s meeting point, park worker Ulda Akinyi emptied trash. Akinyi looked at the demonstration with disdain, and said she has instructed her three daughters to dress conservatively for fear of attracting unwanted attention. “Wearing miniskirts is the devil’s work,” said Akinyi.

Men gathered against a nearby fence. Most said they didn’t support the cause. A man who gave only his first name, John, said he didn’t want Kenya’s women to “seduce” him by wearing revealing clothing.

“It’s like three-quarters naked if you are wearing one of those short skirts,” said David Ndongo, who works on one of Kenya’s mini transport buses known as matatus, where women can also face harassment.

The hashtag #MyDressMyChoice is trending on Twitter since yesterday, with many users voicing their outrage against the incident and their support for women to dress as they wish.

Those who attack/ violate women on pretext of manner of dress not only dehumanize her but reveal themselves as beasts! #MyDressMyChoice — Martha Karua (@MarthaKarua) November 14, 2014

Stripping women is barbaric! God has not appointed anyone to police others on his behalf. These are criminals! #MyDressMyChoice

If men were stripped for wearing shorts or muscle shirts,would the world be the same? Check #Mydressmychoice protest https://t.co/y5Tf5MUQ83 — Valentine Ziki (@ValentineZiki) November 12, 2014

I have just read the proposed anti-pornography Bill that is currently before the Ugandan Parliament. This Bill was brought soon after MPs stifled debate on the Marriage and Divorce Bill, which tackles the ambiguity of existing laws on women owning property.

Ethics and integrity minister Simon Lokodo’s anti-pornography Bill however doesn’t just threaten women; it attacks press freedom too. The media is portraying the Bill as a miniskirt law but if passed it will have far-reaching consequences on press freedom, freedom of expression, internet freedom, and the right to privacy and culture.

According to the Bill:

Pornography means any cultural practice, radio or television programme, writing, publication, advertisement, broadcast, upload on internet, display, entertainment, music, dance, picture, audio, video recording, show, exhibition or any combination of the preceeding that depicts [for now I concentrate on just this clause] sexual parts of a person such as breasts, thighs, buttocks and genitalia.

Read the full text of the Bill here.

I am also angered and saddened by the comments Lokodo made. He said:

Men are normally not the object of attraction; they are the ones who are provoked. They can go bare-chested on the beach, but would you allow your daughter to go bare-chested?

His comments cannot be understood in any way other than being an outright attack on women and their sexuality, their freedom of expression and their right to live the way the wish. Lokodo permits attacks on women and blames sexual violence on women victims. His comments are part of wide efforts to politicise women’s dressing and add to the obsession with women’s sexuality.

According to the Bill, “Pornography fuels sexual crimes against women and children.”

We have more urgent, pressing needs: young Ugandans need jobs; 16 women die everyday in my country due to preventable pregnancy-related complications; Lokodo and his fellow ministers every day dig deeper into our pockets, stealing our hard-earned money. Thousands of girls do not complete primary education even with the faulty UPE system in place. But Lokodo and the regime he represents won’t tackle these challenges. What is more immoral than distracting our country from debating these issues?

It is ironic that this is a Bill proposed by a minister who hails from Karamoja, a region where people are free in their nakedness. The pastoralist communities are known to roam wearing as little clothing as possible. They are free in their culture. His proposed Bill would be an indictment to such ethnic groups.

If Lokodo gets his way in Parliament, photos like mine below could earn a person who publishes them imprisonment not exceeding 10 years or a fine of 10-million shillings, or both. This is pornography according to Lokodo: 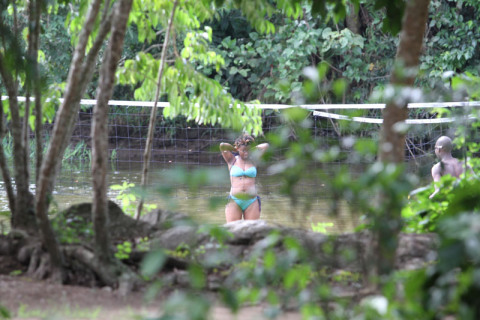 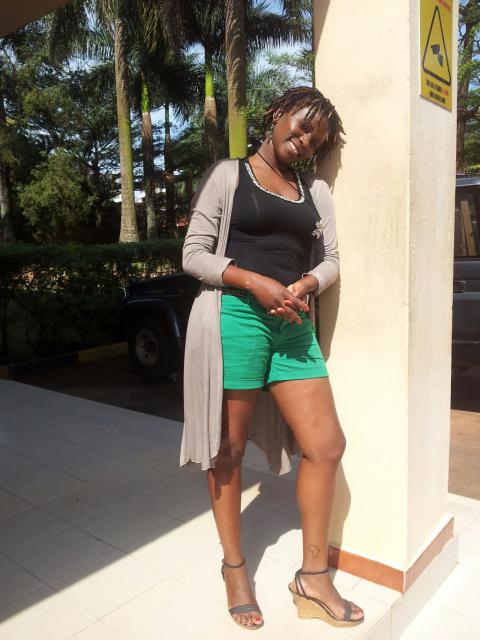 And if you viewed these “pornographic” photos, you too could be imprisoned.

Rosebell Kagumire is a Ugandan multimedia journalist working on media, women, peace and conflict issues. She is co-ordinator of Africans Act For Africa. Visit her blog and connect with her on Twitter.