Given the extent of the Ebola epidemic, it’s obvious that people should take proactive and preventative measures against it. The death toll has exceeded 4 500, and the worst-affected countries in West Africa are battling to contain it. On the one hand, volunteers like Kathryn Stinson, bloggers like Edith Brou and sites like Ebola Deeply are genuinely doing their bit to help raise awareness. On the other, the US media and paranoid Americans are responding with hysteria and misinformation. Now we have what’s dubbed fearbola. Really though, it’s just stupidity in bad disguise.

So, world, here’s what you shouldn’t do: 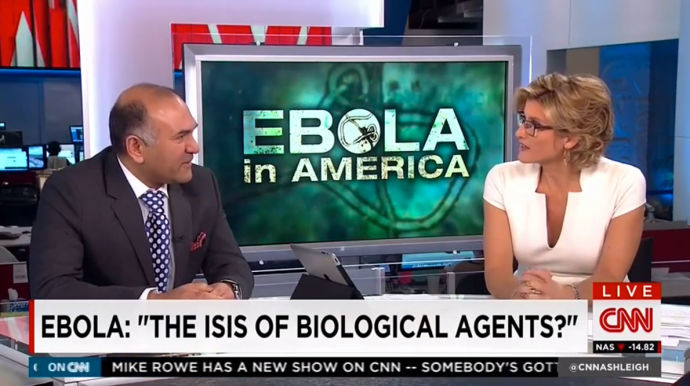 Teju Cole won’t always have the time to answer them.

2. Remove your children from their school in Mississippi because you’ve found out that the principal recently visited Zambia. 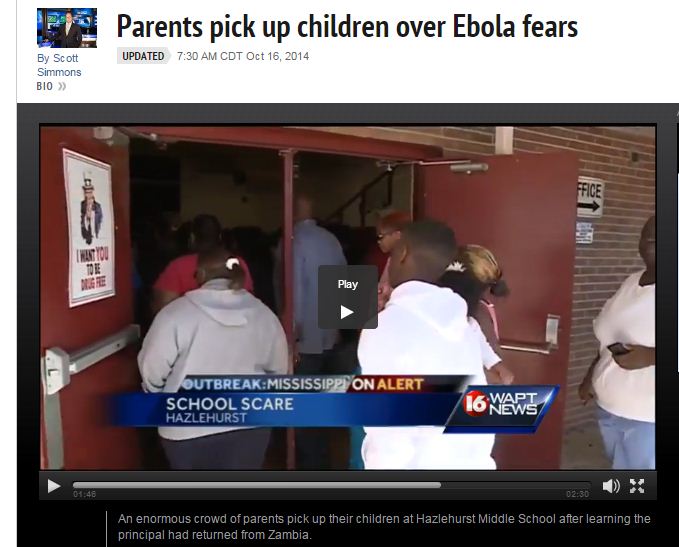 Quick geography lesson: Zambia is in Southern Africa, not West Africa, and has no confirmed cases of Ebola. ‘Mississippi on Alert’, then, for no good reason.

3. Avoid going to a store because someone who has Ebola went there too.

A nurse visited a bridal store in Ohio shortly before being diagnosed with the virus. Now no one is shopping there because: paranoia. To convince customers to return, the owners have scrubbed their shop down and brought in ultraviolet ray machines to rid it of any traces of the virus. This, after the health department told them it was unnecessary as Ebola doesn’t live long enough on surfaces to pose a risk.

4. Fly in this outfit

This photo of a woman in a homemade protective suit at Dulles International Airport outside Washington has gone viral, and not because her outfit is on trend. There have been eight cases of Ebola in the US; gloves, a mask and body gown are not necessary here.

5. Prevent kids from attending a New Jersey school because they’re from Rwanda – which has zero reported cases of Ebola and is over 4 000km  from the affected West African countries.

Two East African students were meant to begin classes on Monday at a school in New Jersey, but following a backlash from other parents, the school asked them to stay home for three weeks. Rwanda (perhaps in retaliation to this incident?), announced on Tuesday that it will start screening all Americans entering the country for Ebola, regardless of whether they are exhibiting symptoms or not.

The list could go on – from a man in Cleveland charged for inducing panic after he made a my-wife-has-ebola joke, to a college in Texas that has rejected applicants from (Ebola-free) Nigeria.

As panic and ignorance about the epidemic continue to spread, it would be more useful to rely on facts instead of fear-mongering. Pack away the Hazmat suits and pick up a map.