In protests reminiscent of the revolution that toppled Hosni Mubarak in 2011, millions of Egyptians took to the streets on Sunday, this time calling for Mohamed Morsi – the country’s first democratically elected president – to resign.

Morsi’s first year in office has been anything but smooth, with opposition activists who supported him during the 2011 revolution now against him for championing the Muslim Brotherhood’s interests over democracy. He has also come under fire for his Cabinet appointments, judicial independence, women’s and religious rights, and his failure to tackle the country’s economic crisis.

The increasing unhappiness with Morsi’s leadership has fuelled a number of protests in Egypt – and his opponents have even tried to send him to outer space.

His supporters, however, are adamant he should be allowed to complete his term which ends in 2016, and say they will not allow a “coup”.

The opposition movement behind Sunday’s protests, Tamarod (Arabic for ‘rebellion’), has given Morsi until Tuesday 5pm to quit, threatening a civil disobedience campaign if he doesn’t.

Anti- and pro-Morsi groups clashed during yesterday’s protests, which is being billed as the largest in history. The young and old, nuns and dogs camped out (a few brought their sofas) across the country. Some spent the night, saying they’ll remain there until Morsi steps down. – AFP, Reuters, M&G

Follow the #June30 and #Egypt hashtags on Twitter, which is abuzz with live updates and photos from protest sites. 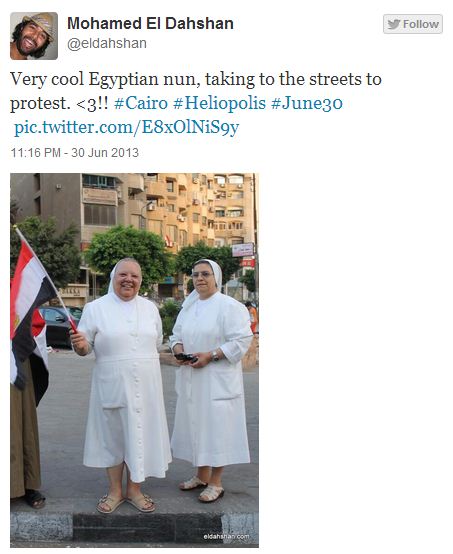 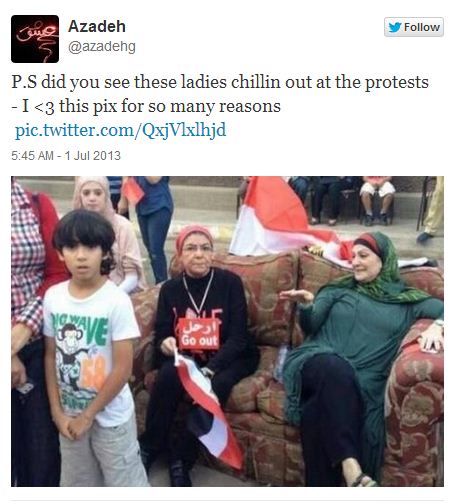 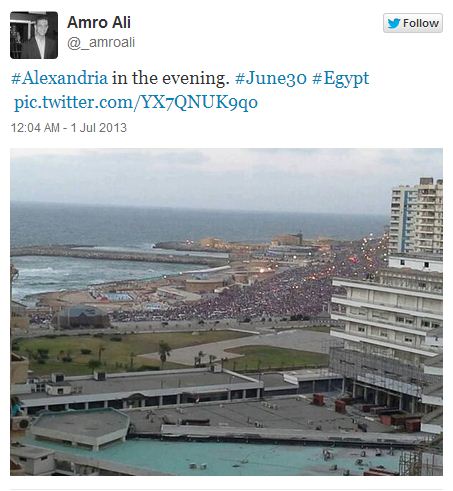